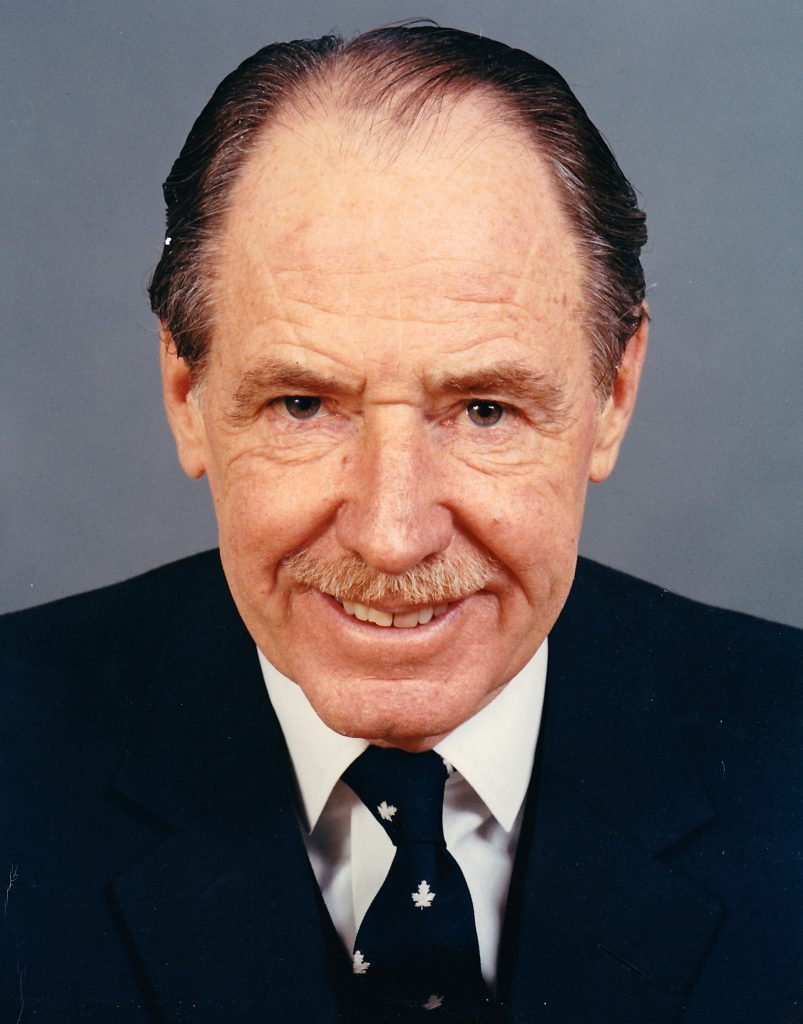 Harry “Red” Foster grew up in the family home on Oaklands Avenue in Toronto with his blind and developmentally   disabled brother John (“Jackie”) during a time when people with developmental disabilities were closeted away from public view. Rather than send “Jackie” to an institution, the Fosters enveloped their most vulnerable member with love and a sense of inclusion in everyday affairs.

“Red” was instrumental in the formation and provision of funding for both the Ontario and Canadian Associations for Mental Retardation. O.A.M.R. and C.A.M.R. (known today as the Associations for Community Living) were established to promote integration and acceptance of people with developmental disabilities. Following discussions with his friends the Kennedys, he organized trips for a group of researchers from Ontario to travel to Washington and participate in a think tank on ways to improve quality of life for people with mental disabilities.

Mr. Foster established The Harry E. Foster Charitable Foundation in 1954 to provide “seed monies” to organizations being formed on behalf of people with developmental disabilities. He became a successful broadcaster and advertising executive. However “Red” never missed an opportunity to call on his many important contacts to open doors for people with developmental disabilities whether through direct fundraising campaigns or sponsorship commitments.

Community Service: Through the years, Mr. Foster gave unstintingly of his time and talent to the cause of the developmentally disabled. In addition to the establishment of the H.E. Foster Charitable Foundation to support programs for people with developmental disabilities, Mr Foster also organized the first campaign in Ontario to raise funds for programs for the developmentally disabled. He originated such fund-raising drives as the John F. Kennedy Memorial Fund, the Telethon Fund and the Metro Association for Community Living’s Building Fund. For Centennial Year, he inaugurated a nation-wide crusade to raise money to set up 14 research and training centres across Canada.

In Toronto, the fund-raising drives culminated in the opening of The Harry E. Foster Employment Training Centre, a project operated by the Metro Toronto Association for Community Living. The training centre offered opportunities for skills training and employment for individuals with developmental disabilities. In both the public and business communities Mr. Foster spoke to many thousands of people on behalf of the developmentally disabled.

In 1974, Mr. Foster also initiated and sponsored a pilot teaching program developed at Hospital for Sick Children regarding health concerns of people with developmental disabilities. This program was developed as a model for use across Canada by hospitals, schools, parent groups, churches etc.

* 1974 – Kennedy Family Award for his contribution to the mentally disabled

* 1974 – Special Achievement Award, Government of Ontario for his contribution to fitness and amateur sport

* 1979 – Honourary Degree, University of Western Ontario for his outstanding contributions to the mentally disabled

* 1981 – Canadian Progress Club Award, “Man of the Year” for his work on behalf of the mentally disabled

* 1982 – B’nai Brith Humanitarian Award, for his work on behalf of the mentally disabled

* 1984 – Mr. Foster was elected as an honoured member of Canada’s Sports Hall of Fame

Mr. Foster would be delighted to know that many of the organizations that received startup funding (“seed monies”) from his Foundation continue to share his vision and work towards an ever increasing awareness of the importance of inclusion and participation in all aspects of living for everyone.™